Search for your glossary term to filter results

Here at TheExecutiveAdvertising.com we have spent countless hours perfecting our Promotional Products Glossary to help you answer questions about the products that you are buying. Questions like: What is a PMS Color Match? What does CMYK stand for? What is Embossing or Debossing? What is a Silk-Screen Imprint? and more. At TheExecutiveAdvertising.com we intend on making your promotional product buying experience as simple as possible.

With our Promotional Products Glossary you can answer your own question that you have about the decorating of your promotional items. We understand that you are spending good money and expect not only a good product, but excellent results. Use our Glossary to discover all of the different imprinting methods that are available and you'll be ready to promote your advertising pitch at your next marketing meeting.

We offer EXCELLENT customer service, call or email us your questions and we will help explain anything you need. TheExecutiveAdvertising.com is committed to putting our customer's needs first. We will go out of our way to meet your in-hands date or make sure that you artwork design is perfect.

If you run across anything that you don't understand somewhere on our site or if you can't find it the glossary, please feel free to call us and we will answer any questions that you may have. You can also email us at [email protected] Thank you for browsing our store and we look forward to working with you! 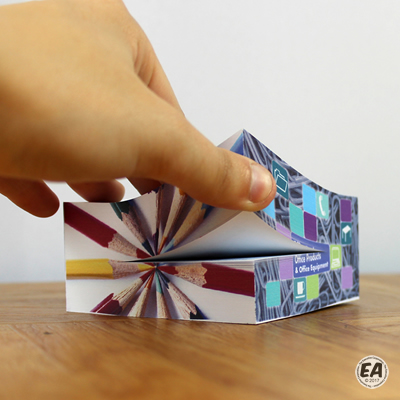 Adobe Illustrator (.AI Image Files)
Adobe Illustrator Artwork (AI) is a proprietary file format developed by Adobe Systems for representing single-page vector-based drawings in either the EPS or PDF formats. The .AI filename extension is used by Adobe Illustrator. This is our preferred method of receiving your business logos and artwork, however we will accept your artwork in any method that you can send it.
Glossary:
Vector Artwork
Advertising Fans (Ad Fans or Advertising Hand Fans)
Most commonly used in churches or public gatherings, hand fans are make from a flat wooden stick and glued to cardboard paper. The cardboard paper may contain printed advertisements, hence the name "Ad Fans". View our?Ad Fans.
Advertising Specialty
A useful or interesting item of merchandise usually carrying an imprinted advertising or promotional message and given with no obligation. Another, though older, term for promotional products.
Artwork
The actual design that will be imprinted or decorated on your promotional products, your artwork may consist of text, clip art and/or a business logo.
Artwork E-Proof
An emailed artwork sample of your submitted logo or artwork, we send artwork pre-production e-proofs via email with an attached PDF file, the PDF file will have an image of what your artwork imprint will look like. You will need to approve your artwork e-proof before we begin production on your order. View more on about?Artwork Pre-production E-Proofs.
Awards
Recognition gifts that are often personalized with their name and your company name and that will "award" your employees of the performance and accomplishments within the workforce. See employee appreciation and view our awards.
Shopping:
Awards 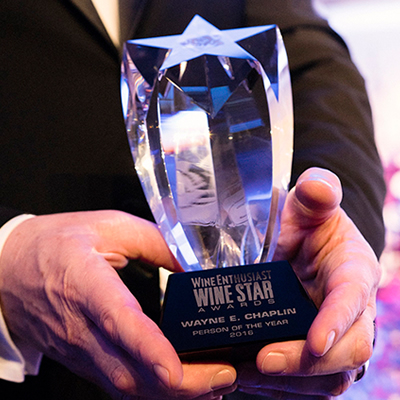 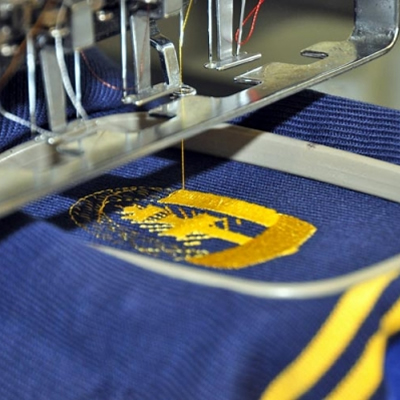 Employee Appreciation
An awards or gift that to say "Thank You" to your employees for a job well done. Employee appreciation gifts are usually corporate or executive gifts that your employees can enjoy as well. View our personalized?corporate gifts.
Encapsulated PostScript (or EPS Image Files)
Encapsulated PostScript, or EPS, is a DSC-conforming PostScript document with additional restrictions intended to make EPS files usable as a graphics file format. In other words, EPS files are more-or-less self-contained, reasonably predictable PostScript documents that describe an image or drawing, that can be placed within another PostScript document. We accept EPS files for you business logo artwork. Etching
Epoxy Dome
A decoration method that starts very similar to full color labels, the decoration is printed on a label, paper or plastic underneath a clear epoxy (plastic) dome over the top of the artwork. The entire dome is then affixed to the product by a permanent adhesive. Most Epoxy Dome decoration methods will include full color digital imprint method of the artwork, epoxy domes can be considered a premium decoration method and may require an upcharge for some products.
Help Topics:
Decoration Methods 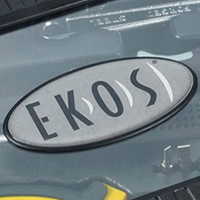 Etching
Typically used with glassware, ceramics, porcelain, and crystal. Etching is A process in which a piece of glass is covered with a template that has a design cut out of it. The glass is then sandblasted while the portion of the item not covered by the template is protected. The template image is thus etched into the glass.
Flexo (Flexography) Printing
Flexography Printing (is usually abbreviated to Flexo Printing) is a printing process that uses a rotating cylinder with a "flexible" printing plate. It's similar to a modernized newspaper printing press, however the flexible plate allows this machine to be used for more than just news paper. Flexo printing is perfect for high speed and high volume runs of cello bags, bag packaging, paper products and many other non-porous substrates. Flexo ink that is applied is lighter in weight and allows for half tones and fine detail.
Shopping:
Recyclable Die Cut Plastic Bag 9x13, Recyclable Frosted Die Cut Plastic Bag 12x15x3, OXO Biodegradable Plastic Shopping Bag 12x16x3
Glossary:
SOS Bags 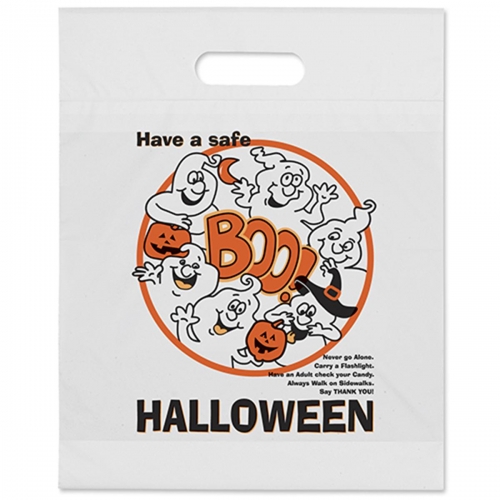 Font
The collection of a typeface including the lower case, caps, numbers and special characters having unified design. This can be an important consideration when copy includes foreign terms or names with special characters. The different kinds and quantity of characters in a font will vary according to the manufacturer of the typesetting system. View our?Standard Fonts?for imprinting.
Full Color Digital Printing
A method of printing artwork using a 4 color process that usually allows for picture image quality. In full color digital printing our printing facilities only have to run your promotional product through the printing machines once, as opposed to screen printing machines. With screen printing if we are printing 3-colors we will have to send your products through the machines 3-times. Full color digital printing cost a little more but is worth it when printing multi-colored artwork. 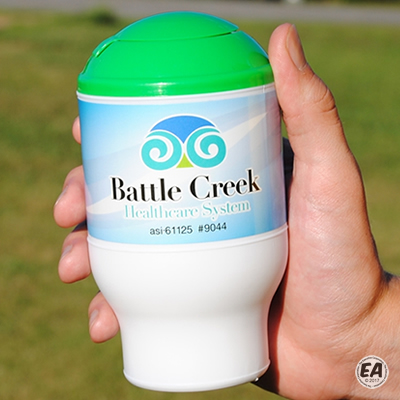 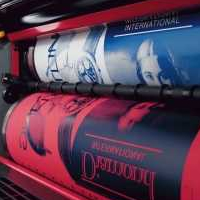 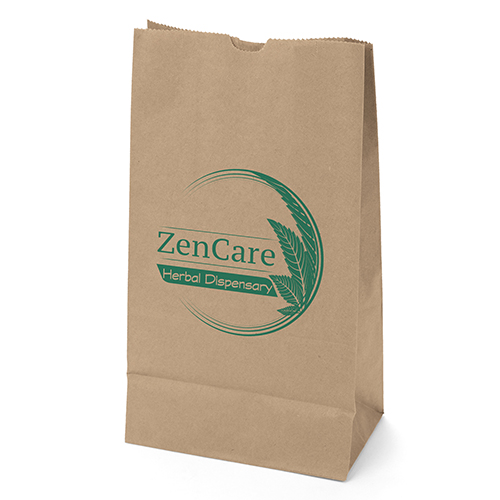 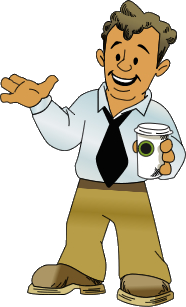 You have not yet added any products to your cart yet. Time to start shopping! :)
View Shopping Cart
If you have more than one ordering account, you may have created a shopping cart in a different account. You can toggle between your ordering accounts below:
Active Ordering Account:
Acct #
Acct #
Contact Us
(800) 338-7996
Contact Us Options
Contact Us Form
Phone / Fax Numbers
Mailing / Physical Address
Request a Quote
Leave Website Feedback
Helpful Links
About Us Help Center FAQs Glossary Privacy Policy Testimonials
<< Back
Phone Numbers
(800) 338-7996 Toll Free
(800) 991-4000 Local Phone
Fax Numbers
(866) 323-8381 Fax
(615) 246-4198 Local Fax
Email Address
[email protected]
Contact Us Form
Contact Us Form
<< Back
Physical / Mailing Address:
Executive Advertising
181 E. Main St.
Ste 4
Hendersonville, TN 37075
<< Back
Contact Us Form
Help Section Search
No results found.
Quick Help Links
Help Center
How to Order
How to Reqest a Quote
How to Request a Preorder Mockup
How to Request a Sample
How to Approve an Artwork Proof
How to Reorder
What Artwork File Types are Accepted?
Terms of Sale
Glossary
FAQs
Existing Customers (Before 12/17/2020)
How to Reorder (for orders placed before 12/17/2020)
How to Migrate an Old Account
Leave Feedback
<< Back
Glossary
Production Time
A standard production time for each product is listed on each product page. Production times may vary depending on decoration methods, number of locations, and product type. Production time do not include shipping transit times or artwork proofing times. On each product page you can enter your shipping zip code and see how long it takes for your order to be produced and ship to your location. Rush production options may also be available.
Related Topics:
Help Topics
Glossary
Helpful Pages
Report a Problem
Provide your Feedback
Thank you for your feedback!
We've recently launched a new website, and we'd love to get your feedback! Let us know your thoughts on how we can improve your customer experience.
Give our new website a rating: